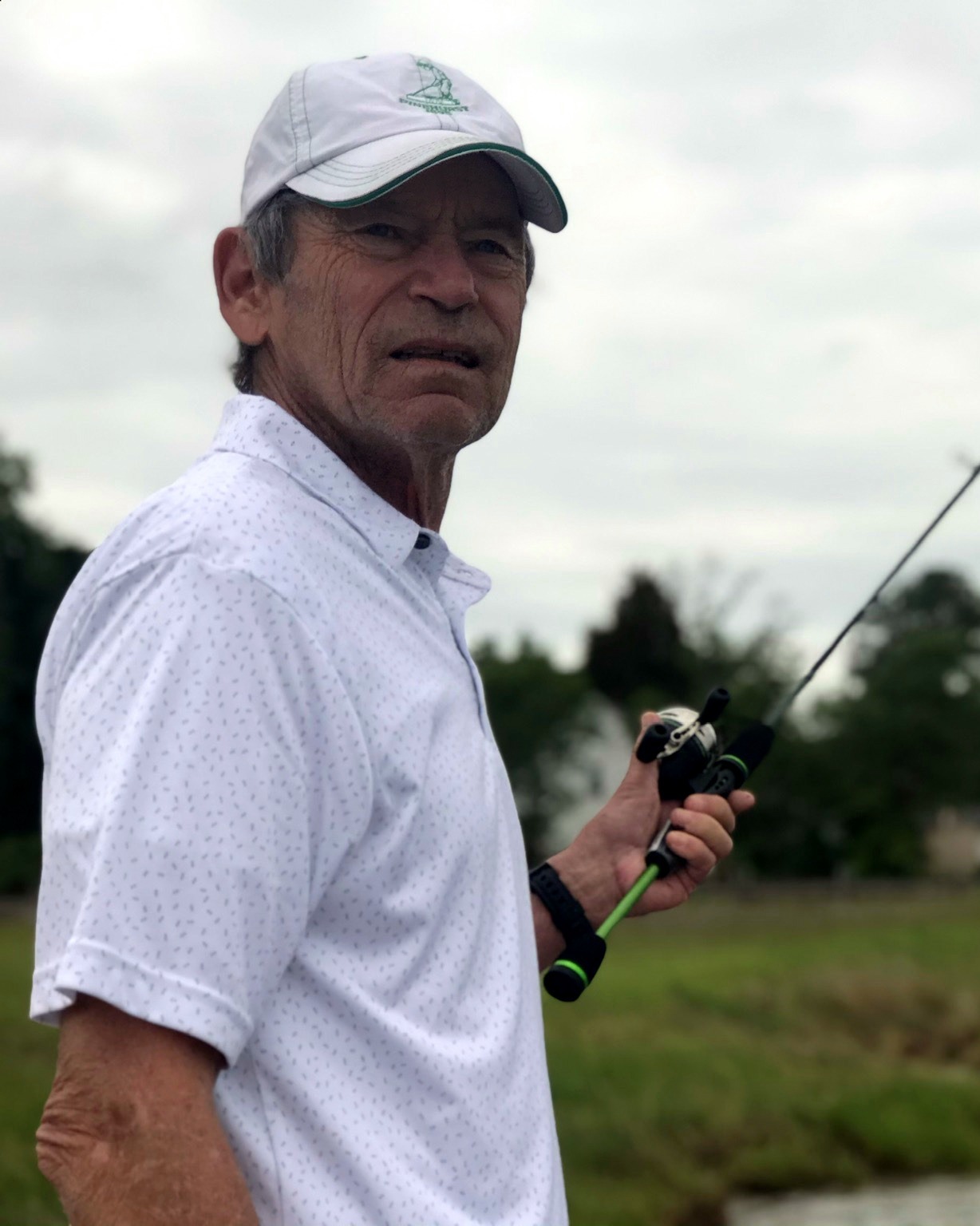 Robert “Bob” Joseph Hammond, 71, died peacefully on Monday, October 24th, 2022 after a battle with Alzheimer’s.  Born in Fort Rucker, Alabama on September 24, 1951, Bob was the second of three boys of the late MSgt. Iris L. Hammond, Ret. and Lillian LaFrance Hammond. Bob’s father’s army career kept the family moving in his early years, supplying the three Hammond boys with adventures and mischief. Bob loved to share wonderful stories of his time in Germany, Canada, Louisiana, and New Hampshire. Upon his father’s retirement, the family settled in Dinwiddie, Virginia where Bob lived until his passing.  While he had a degree in computer science, Bob preferred working and creating with his hands leading him to a 36 year career at Capital Interior Contractors, Inc., working on many of the buildings that define Richmond’s skyline.  He loved that he was able to spend 24 of those years at Capital working with his son, Todd.  Bob was a very talented golfer who spent as much time as he could on the golf course or hitting balls in his yard.  He shared that love with his children and grandchildren, spending countless hours teaching them how to drive, chip, and putt.  In addition to his love of golf, Bob was an avid collector and restorer of antiques and a talented artist, sharing his drawings with those closest to him.  He will always be remembered for his laid back and playful demeanor, strong work ethic, and love of country.  He was not shy in expressing his profound and unabashed pride in his family’s record of military service, especially the bravery of his big brother Rick. Bob was preceded in death by his parents and his beloved wife, Robin Hesler Hammond.  He leaves behind to cherish his memory his children: Todd and wife Julia, Melissa and husband Butch; his grandchildren, Kevin, Benjamin, William, and Katelinn; brothers: Richard and wife Eleanor, Roger and wife Deborah; and nieces, nephews, dear friends and extended family.

He will surely be missed but never forgotten. Friends and family will be received from 6-8pm on Wednesday, November 2nd at Bliley Funeral Home, Chippenham Chapel, 6900 Hull Street Road, Richmond.  A Mass of Christian Burial will be celebrated at 2pm on Thursday, November 3rd at St. Edward the Confessor Catholic Church, 2700 Dolfield Dr, North Chesterfield, VA 23235. In lieu of flowers, memorial contributions may be made to the St. Edward Epiphany School 10701 W Huguenot Rd, Richmond, VA 23235 or the Alzheimer’s Association, P.O. Box 96011, Washington, D.C. 20090-6011. Condolences may be expressed at www.williamsfuneralhomeva.com.

To order memorial trees or send flowers to the family in memory of Robert Joseph Hammond, please visit our flower store.